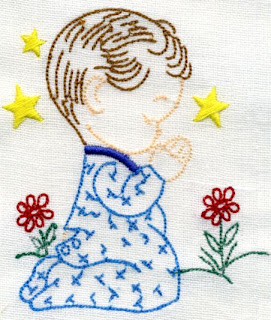 Prayer Warriors
Our little Baby Max needs us once again.
I have cut and pasted the note Patricia received from Max's mother.

The effective, fervent prayer of a righteous man avails much"  James 5:16

"And whatever you ask in My name (consistent with everything I have taught you), that, I will do, that the Father may be glorified in the Son"  John 14:13

PATRICIA/BABY MAX
Can we put Max back on the prayer warrior list please?  I received the following from Gina:

Well, well, well where do I begin. Let's start with the good. We moved into our new house this weekend. It's amazing. I finally have my dream kitchen! I also had a wonderful first Mother's day, a day I've been waiting to celebrate for years. Maxi man is now weighing in at 10 pounds 12 ounces. Now the bad, Max was admitted to the hospital Tuesday night! Yep, that's right we are back in cardiac ICU at Duke. For the past couple of weeks, Max has been dry heaving and gagging throughout the day and night. He stopped taking a bottle completely and was only getting his feeds through his tube. He started spitting up a few days ago and on Tuesday he had some small specks of blood. I immediately called the doctors in Boston and they thought it was pretty normal since Max has been dry heaving so often. Well, as the day went on, Max was realy not feeling well. His coloring was off and my instincts told me something was wrong. He started to throw up a very disturbing purple and it had blood in it. We took him to the ER at Duke and he was admitted. They did an ECHO right away which looked good. There is now blood in his stool and blood in his stomach. He received a blood transfusion tonight. He is also requiring oxygen at a very large amount. They are confused and concerned with the need for oxygen because his heart and lungs look good. They are leaning towards some kind of infection. He is being tested for everything. Tonight he had a fever of 103. They gave him tylenol through his IV and it went down to 98 within a couple of hours. Tomorrow he is scheduled for a cath to check his pulmonary veins. During this time, the GI team is going to put a scope down his throat to find out what is going on. One of the side effects in 8% of the children on Gleevec is a GI bleed. We are hoping this is not the case. They tried to feed Max tonight through his G tube and as soon as the milk went in his tummy, he went crazy and screaming bloody murder. He is definitely letting everyone know something is really wrong. We are hoping it will be found and fixed. I kinda feel like nothing is ever simple with Max. For once, I just want them to say "here is the problem and here is the solution." Just a simple black and white issue. Max is always is the gray area.
The ugly...Poor Max is just miserable. He won't give us a smile and just looks so sad. I just want them to fix my baby boy so he can begin to enjoy eating. And he can't afford to lose any weight. He is so close to doubling his birth weight by his 6 month check up next week. Please continue to pray for Max and that this is just another bump in the road that we will get through. I will update everyone tomorrow evening with the findings.

JULIE/BEN
Julie informs me that her grandson Ben has had more seizures.  The doctors can not find a cause for 10 yr. old Ben who was born blind.  However, Julie's husband has been doing some research (as we grandparents are known to do when the health and well being of our grandchildren are at stake) and he suspects Ben has a condition due to a parasite in uncooked meat that is specific to Korea. Ben was born in Korea which makes this a very plausible explanation for the seizures. Julie and Ben need our prayers.

Thank you prayers warriors. God hears our prayers. have a wonderful week.


P.S. Having some computer issues. Blog post may be a little scarce this week.
Posted by Gmama Jane at 9:06 PM