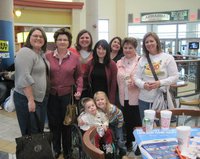 BLACK FRIDAY BEAUTIES
The cast of characters changes from year to year but the time honored tradition of going to the mall for Santa Picture continues....
8 Queens & ONE Prince
The annual trek to the Mall for the Santa Picture and lunch in the Food Court. 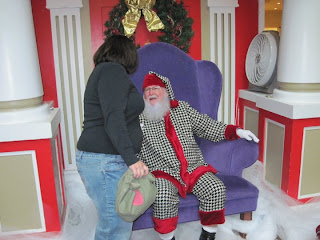 Cruising for Parking and Seating is half the Fun!!  A local Newspaper reporter even stopped to interview our troop while waiting for Santa 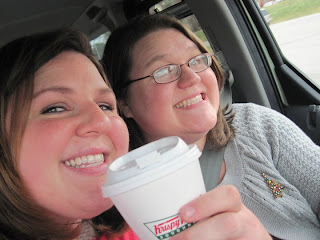 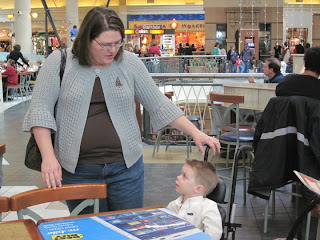 A Flash Back from
Thanksgiving 1988?
Can it be that these same little girls are now all grown up with careers and babes of their own?? 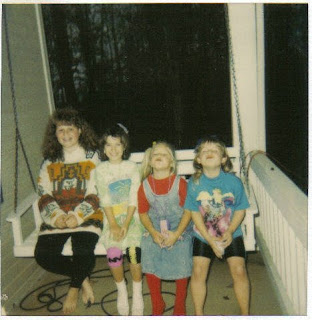 Nothing says Thanksgiving like getting tattoos.  These are temporary, right???? 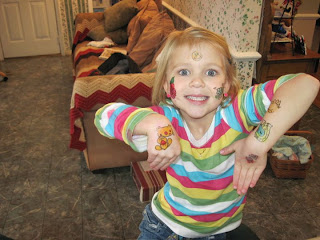 Have a Do-Nut with those Tats!! 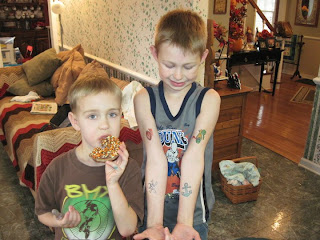 You started all this madness, EEka!!! 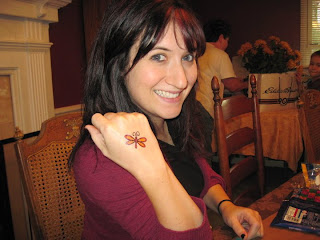 Yes, Virginia, those ARE CLOTHESPINS hanging from LaLa's backside!  The game's rules say...you can NOT tell someone they've been "PINNED" NOR can you take a clothespin OFF another person.  The goal is to quietly "pin" as many people as many times as you possibly can.  The "Chain Pinning" is a new technique introduced just in time for the 2010 Thanksgiving Reunion. 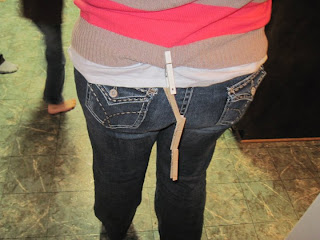 PaPaw even got clipped...wait till he sits down...hee hee hee hee 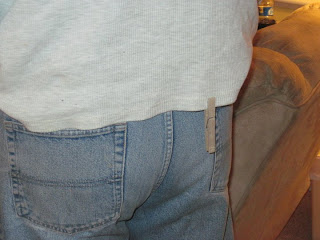 A round of "Break the Ice" or "Ants in Your Pants" is always popular...Thanks to Gran Sarah for the New Games this year!
Looks like Gmama and Grandpeeps are figuring out the rules of the game 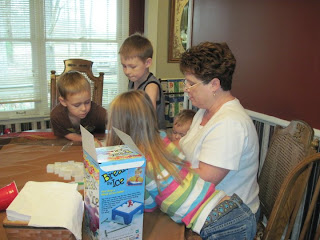 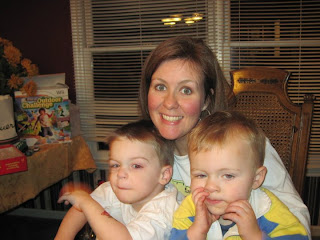 We Team Up for a Game of Apples to Apples 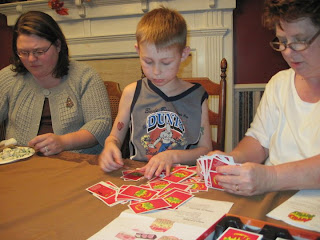 After a bumpy start with a stomach bug claiming it's first victims during Pre-Cooking on Tuesday night, the Team rallied...
Thanks Gran Sarah & Dino Dan
The Face of James says it all....
Thanksgiving 2010 was
a
Winner!!! Now onto some Quilting projects...perhaps a few Mug Rugs???
Come back for some pictures of my contribution to the Mug Rug Mania
BLESSINGS
GMAMA JANE
Posted by Gmama Jane at 6:43 PM